We arrived early to perform a small two bedroom apartment moving service one April morning. It was a very peaceful spring day. The sun was rising and the air was fresh with the newly cut grass, the scent of flowers was hinting in the air and the birds chirping good morning songs in trees above. We were greeted by a lovely well dressed, young couple. They stepped out the door and quietly requested us to keep the noise down to a minimum. They went on to explain they have a young toddler sleeping. We agreed to their request as we quietly introduced ourselves and proceeded indoors to do a walk through an inventory checklist. As we approached the toddler’s room we were asked to save his room for last so their sleepy child could get some well-needed rest. Being that he was just turning two years old we thought it would be a great idea so he doesn’t get in our way and slow down the progress of the move. Well, we managed to get the entire living room and dining room emptied out. There were only a few packing supplies and a lamp left in those two rooms.

Now giving you a mental picture of this small 800 square foot two bedroom apartment, when you enter the front door you can visually see the entire living room and dining room. The toddler’s room was the first door just inside the hallway and then the master at the end of the hall.

We were walking back from loading the last piece of furniture from the dining room and as we were approaching closer to the apartment front door we heard this really loud scream followed by a cry like we have never heard before. The cries coming from this little guy were unlike any cries I have ever heard before. It sounded like a cry of deep fear. It sent chills up my spine as my stomach did a flip and my adrenaline immediately kicked in. I ran the last 30 – 40 feet into the door and raised my voice to say “WHAT IS GOING ON IN HERE” The customers showed instant signs of nervousness and fear, I didn’t know if it was because we intimidated them and they thought we were rushing to conclusions or the child was hurt somehow. I rapidly checked out the child and looked back at his parents as I am scanning the room with my adrenaline going even stronger now. I asked again “I want to know why he is freaking out”. He seemed to be in a panic. This all happened in a matter of 30 seconds. During that time the young toddler is totally freaking out, tightly clutching his teddy bear and blanket with tears running down his face. 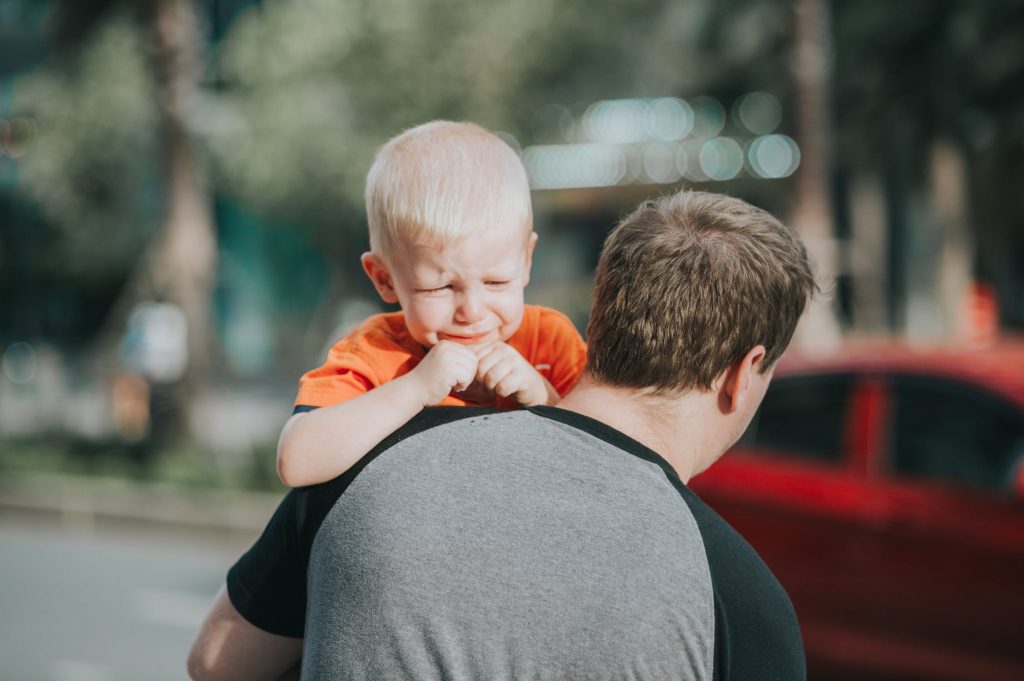 The parents suddenly seemed very concerned for the child not knowing why their child went into an instant panic when he walked out of his room. As I started to notice the genuine care they began to give their child my mind started to relax to think of other possibilities. I asked if they could check his bed for scorpions or broken glass.

They instantly went into his room and stripped the sheets and blankets. We quickly pulled the bed apart with no signs of danger in sight. In the meantime, the father is holding his son trying to calm him down. They were in the background while we were turning the bedroom upside down. Suddenly the father starts laughing. He went on to explain to us that for the last few weeks they have been using alternative methods of punishment for their son for bad unwelcomed behavior. He explained to us that they take things away from him when he is not behaving and give them back as a reward when he is good. Turns out, when the boy entered the living room he entered an empty room with nothing in it, everything was gone and he had no idea what he did wrong. I almost cried.

Flat Rate Quotes – Prices are not based on time. No matter how long it takes our movers, your Flat Rate moving quote won’t change. Your price will be as accurate as your inventory list and moving conditions. We also offer low competitive Hourly Rates quotes.